What Is the Difference Between Home Invasion and Burglary Burglary is a crime in which an intruder unlawfully enters a building to commit a crime. A home invasion occurs when someone enters your house intending to damage your resources and belongings.

These two crimes are similar. Both involve entering a house without permission, and both are illegal. However, there are several differences between home invasion and burglary, as discussed below.

The main difference between the two is intent.

Burglary is when someone enters a building without intent to cause harm but intending to steal something inside it. A burglar breaks into a home to steal property and get out quickly. They don’t want to get caught, so they try to avoid confrontation. Burglaries are quick and efficient, whereas home invasions often take longer—A home invader is looking for a victim, not just a place to steal from.

A home invasion occurs when an intruder forces their way into your home intending to harm you or your loved ones. They may try to gain access by force, deception, or entering through an unlocked door or window.

For attacks, home invaders frequently carry lethal weapons like guns, knives, and heavy metal rods. However, most burglars don’t carry weapons because doing so increases the penalties they could face if and when they are finally apprehended by the police. Additionally, they don’t feel the need to bring any weapons because most only attempt to break into vacant homes.

Mode of Operation by the Perpetrators

Burglary is an unlawful entry into a building, room, vehicle, or other enclosed space intending to commit theft or any felony. A burglary can occur any time of the day—either day or night.

Burglaries are usually committed by people who know they will not encounter resistance when they enter their target location — such as empty houses or businesses closed at night.

On the other hand, home invasions are often committed when the occupants are likely to be present. For instance, in the early morning or late evening hours, when everyone is asleep.

The critical difference between these two crimes is force. Burglars sneak in and out—not wanting to be noticed. The burglar might use power to gain entry. But once inside, he won’t engage in violence unless he feels threatened by the homeowner or his family.

Home invasion is a violent crime in which the intruder enters a residence to steal valuables, commit an assault, or even kidnapping. A home invader often uses force from when he breaks in until he leaves.

Home invasions can occur anytime of the day or night. Most home invaders prefer when the occupants are present. That’s because they know or suspect that the victims have valuables like cash, jewelry, or drugs. They need the residents to be present to show them where they plan to loot, since they do not know their way around the house.

There are many similarities between burglary and home invasion. Both can be an unlawful entry into a residence intending to commit a crime. A person who commits a home invasion does so for personal gain but uses force or threat of force to enter the victim’s home while they are present to terrorize them. A burglar may not intend to injure anyone. All they do is sneak around and steal unnoticed. Why Opt For Custom-Designed Storage Solutions In Dallas Fort Worth? What Are The Various Storage Solutions Offered In Austin? 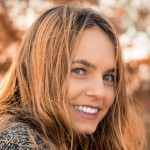 by Heather Jones November 13, 2022
Hello, I am Heather and I'm a journalist who writes mostly about interiors, but also about architecture in general. Recently I also became a big fan of gardening. My house has been featured in Living Etc, HeartHome and Corriere della Sera. I am sharing some of my tips here on Housenate.com, but you can find my articles also on Livinator or Housance.
9 Creative Living Room Decorations How to Create a Blue Two-Colour Bedroom Walls Look 10 Ways to Bring Organic and Natural Elements into Your Interiors Choosing the Right Stone for Your Kitchen: What are the Factors to Consider? How to Design a Sloping Garden 6 Restaurant Design Ideas to Try in 2022 How to Decorate Your Bedroom on a Budget